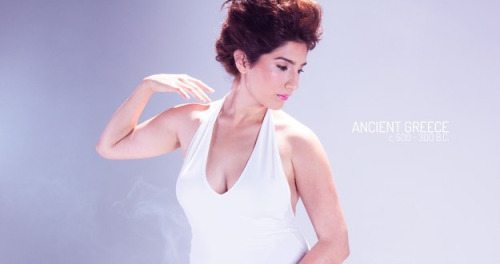 BuzzFeed is usually my go-to for “Top 40 Camping Hacks” slideshows and “What Percentage Taylor Swift Are You” quizzes (a mere 20%, thankyouverymuch), but a few weeks back I stumbled upon this video and found myself thinking about it for days afterward. Now I’m wishing it to be required viewing for women of all ages, not just because it proves that all body types have been and can be considered beautiful, but also because it shows just how much females have allowed popular culture to influence their personal standards for thousands of years. We often allow others to shape our personal brands instead of the other way around.

While dissatisfaction with one’s body type would seem to be a fairly new thing exacerbated by the advent of selfies and Instagram, by this account we can see that at any given time in history only a small percentage of women’s figures would ever meet the current ideal for that era. For example, if we dropped Kate Upton into the Wayback Machine and visited Renaissance times, she’d be considered waifish. Toss her into the 1960s and she’d be plus-sized. Bring her back to today and she’s considered perfection. But should her satisfaction with her self change because of that?

While the video is well-done and tasteful, I also appreciate that it’s purely educational, not preachy. It leaves it to the viewer to draw conclusions and deduce what she (or he) will from it, rather than going off on the expected anti-societal rant. Personally, I’d love to see this compilation done for men as well, to see if the needle moves at all from era to era – after all, women have more “variable” body parts, but we’re not the only ones trying to live up to impossible and ever-changing ideals for their personal brands. I just hope the Man Bun has the chance to claim its spot in history.

Editor’s Note: I think there is a lot of value for men should watch this video as well!