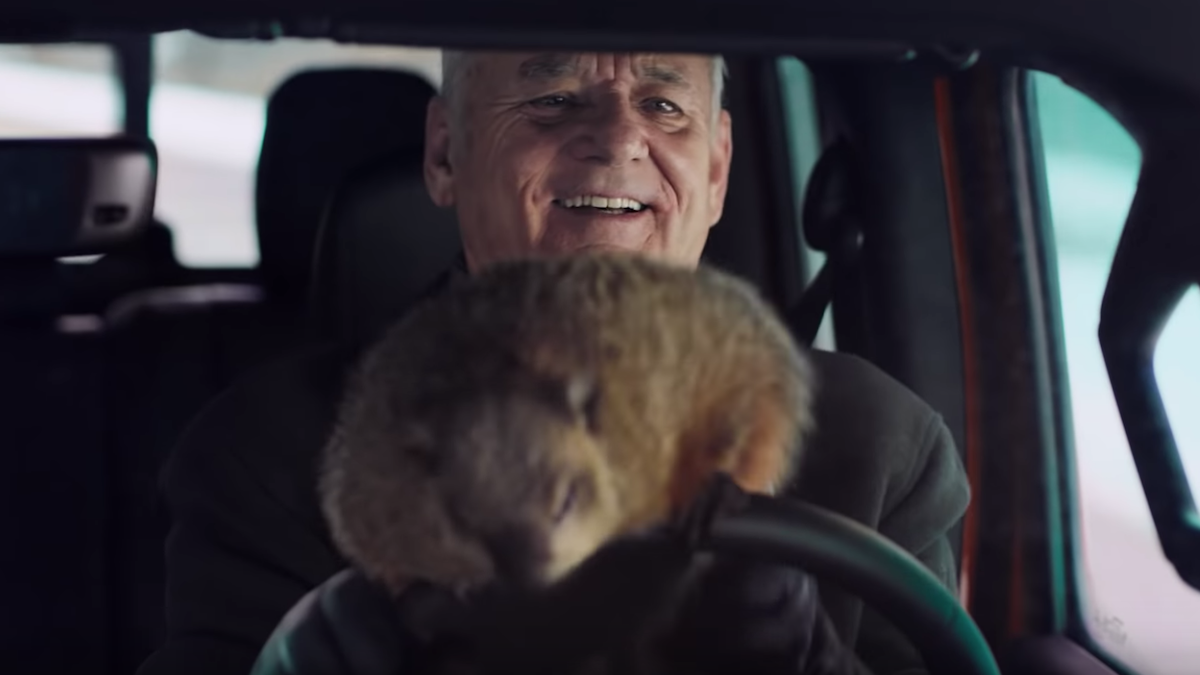 This Year’s EssThrees Go To…

Suspense is best left to horror films like The Shining (and not Mountain Dew’s ho-hum recreation of that piece of cinematic greatness – I mean, really? That was “as good as the original?” I think not.). So let’s declare this year’s awards right here in the first paragraph. That’s right, no scrolling or slide show to hear my thoughts on this year’s Super Bowl Ads. Weird, right? Anyway… Just like ESPN has the Espys, here at S3 we have the EssThrees. The 2020 awards for most standout Super Bowl Commercials go to:

Now let’s talk about why these ads secured their place among the coveted EssThrees. It’s always interesting to see how different people and different media outlets differ in their opinions or rankings, and there is no right or wrong. Super Bowl Ads are a constantly evolving art form, reflecting societal issues, trends and technologies. As with any type of art, beauty is in the eye of the beholder. My awarding of the EssThrees is based on a combination of professional expertise, Twitter reactions as the spots aired, and pure gut reaction. (Those are pretty solid criteria, right?)

I have mixed feelings about brands releasing ads before the big game. Sure, it can give brands a chance to become part of the consumer consciousness (and media megaphone) days or even weeks before the Super Bowl itself. But often that comes with a price. Rather than ingesting this piece of art that should be a jewel in the brand’s marketing crown, seen on the big screen surrounded by real friends and/or Twitter friends in order to get maximum impact, it may mean the commercial is relegated to poor visibility conditions: on a phone, possibly sandwiched among a dozen other ads curated for pre-game viewing, maybe alone while standing on line at Starbucks. Why was Jeep’s Gladiator ad ft. Bill Murray was the clear winner for me? They did everything right:

As soon as I saw this commercial early yesterday morning, I declared it the winner. (No really – it’s on Twitter and everything.)

It was obviously better than all the other pre-released Super Bowl Ads. Yet I was holding out hope that an even greater commercial would make its debut during the live game. No such luck – and hardly a fair ask. This was a perfect Super Bowl Ad. USA Today agrees.

Two ads made me laugh out loud: Rocket Mortgage and Mr. Peanut. And since the EssThrees have a strict rule that winners can only appear in one category, Rocket Mortgage is officially declared the funniest of the Super Bowl Ads. (OK, there’s no such rule. This was simply funnier than Baby Peanut’s overwhelming cuteness.)

We see the massive Jason Momoa escape the paparazzi and get to his home, the one place he can get comfortable. He takes off his boots once he’s inside his house, tossing them freely onto the floor. The idea of comfortable then takes an unexpectedly hysterical turn, as he removes his muscular arms, revealing twig-like appendages beneath; his impressive chest and abs come off, replaced by a super-skinny torso; and oh yeah, bye-bye lovely locks – hello bald guy with straggly hair.

It was impossible to look away. And since this ad was NOT released before the Super Bowl, we were all transfixed together. The tweetstorm was significant, further fueled by the commercial’s exclamation point: a cameo by Lisa Bonet.

While the brand wasn’t essential to the ad’s concept, it was still memorable. The spot did a good job of relating this heightened level of personal comfort with how easy it is to get a mortgage – you know, so you can get all sorts of comfortable in your own home.

Most Unexpected Ad: NFL – Take it to the House, Kid

As the culmination to its 100th season celebration, the NFL unleashed a 3-minute epic that connected us with great players of the past through the journey of a rising star: 13-year-old Maxwell (Bunchie) Young, Sports Illustrated’s 2017 SportsKid of the year who reportedly already has an offer from the University of Illinois.  While the viewer is energized by the music of Ray Charles (“What’d I say” Parts 1 & 2), Young is spurred on during his run through obstacle-filled streets as he encounters various football greats who tell him to, “Take it to the house, kid.”  It = the football he is holding in his hands. The house, we learn, is the Hard Rock Stadium in Miami Gardens.

Whom he meets (or passes) along his run: Steve Young, Joe Montana, Jimmy Garoppolo, Jerry Jones (owner of the Dallas Cowboys), Brett Favre, Peyton Manning, and more. The kid performs some pretty physical stunts (sliding across a car), exudes a love for football (showing off fancy footwork as he runs through a crosswalk), and throws and catches the ball with skill (my husband noted “that kid has great hands” way before I found out Young wasn’t just an actor).

As the commercial looks like it’s wrapping up, all of a sudden we realize that we are transitioning into a live mode – and Young is running up to the stadium. He is handed the game ball by Virginia McCaskey (owner of the Chicago Bears), then runs it out onto the field, with a bunch of other kids in tow. By the time Young handed the ball to the referee, Twitter had officially lost its collective mind.

The NFL did a brilliant job of connecting the league’s past with the present. The very present. They got everyone excited for the game. And for a minute, it didn’t matter what side of the political fence anyone fell on – we were all just football fans, inspired and ready to watch what ended up being a spectacular game.

PS – I hope this won’t be the only time Young is on the field at the Super Bowl. I have a feeling we’ll be seeing him there again…

THIS is a fantastic example of how a brand can use the pre-Super Bowl week(s) to release something to build hype while still retaining the impact of airing something completely new during the game itself.

You probably heard about the death of Mr. Peanut: a car crash shown in the brand’s commercial that began airing on January 22 – long before the Big Game on February 2. Mr. Peanut sacrificed himself to save his car mates, Wesley Snipes and Matt Walsh. And the brand owned the hashtag #RIPeanut.

The stunt got tons of media coverage, including follow-up coverage when the brand pulled the ad following the tragic helicopter crash in which Kobe Bryant, his daughter, and several others were killed. (Note: not all the coverage was good – but it was, indeed, a topic of conversation.) The brand did announce that they intended to move forward with Mr. Peanut’s funeral, which would air as their Super Bowl commercial.

When the Planters ad popped up during the game, I had no idea what to expect. We see Snipes speaking at the funeral, and the camera pans across the guests to reveal other “spokes characters” in attendance: Mr. Clean and Kool-Aid Man. Responding to kind words about the dearly departed Peanut, Kool-Aid utters a sad version of his signature phrase, “Oh Yeah,” and a tear streams down his pitcher-face. The tear drops onto the grave, greenery sprouts, and an adorable baby Mr. Peanut is born! #BabyNut at first makes some disconcerting alien-type noises, followed by “Just kidding, I’m back.”

He’s so cute. No, he’s really cute. Like almost Baby Yoda cute. Everyone on social media (which was almost everyone) could then see #BabyNut livestreaming; memes and gifs were shared; and all was right in the Mr. Peanut world.

This whole elaborate scheme worked for the brand because they got people talking with something very risky. (Most companies would be afraid to take a risk like killing off their spokes character in a commercial.) While they responded to real-life tragedy by pulling the ad, something people were divided about, they stuck to their guns about having the funeral. And when their spot finally aired, the reactions were amplified by the group viewing (and commenting) at once during the live broadcast. This is a model that next year’s Super Bowl Ads will likely embrace.

I’m just going to park this right here while I grab a tissue. If this didn’t make you mist up, you may be a droid.

No, it wasn’t entertaining. But it felt very, very real. I saw this ahead of time as well, since Google released it early, and unlike other examples, I believe it actually increased the effectiveness of this commercial. I think that’s because I started feeling more and more like I knew Loretta…

OK, it showed off features that Google can do – of course that’s an important part of the concept. We learn that the most important thing that Google’s technology can do is help us remember the humans that mean the most to us.

GIF of the Game: Sam Elliott’s Moustache for Doritos

Doritos rarely disappoints when it comes to Super Bowl Ads, and this year was no exception. They combined a hot song (Old Town Road), the musical artist (Lil Nas X) dressed ready for a cowboy duel, and Sam Elliott with some strong special effects to animate Elliott’s famed moustache. That’s a lot of star power right there…but even so, when it comes to snack brands, I actually preferred the Cheetohs “Can’t Touch This” spot. Both ads suffered a bit, in my opinion, from the fact that they were released before the game with nothing “new” to freshen them during the live event. But I digress…

This EssThree is for the GIF of the Game, and while #BabyNut had some awfully cute GIFs, Sam Elliott’s moustache takes the cake. And the award.

Take a bunch of Bostonian celebs (and a famous Boston Red Sox player); add a play on the Boston accent; and throw in a technology that sounds funny when it’s said with a Boston accent, and you get the idea behind this commercial. Smart Park. Smaht Pahk. I know that sounds simple, but the creative agency went through 344 unique script ideasbefore the brand landed on this one. (As an agency owner, that makes me feel simultaneously better and worse…) What a smaht approach to bringing engagement around a not-that-exciting parking technology.

The genius of this ad is its simplicity – plus the fact that they mention all sorts of places in Boston where you can park, but never actually say “Hahvahd Yahd,” which is the butt of the original joke. I found this spot to be wicked clevah, including the final typography “Bettah drives us,” and I thought it would be a front-runner for winning best ad. The problem? You guessed it: by releasing the ad too early, the impact was diluted. By the time it ran during the game, the unexpected impact of other commercials eclipsed this one. Which was a shame.

Americans got together to watch the Super Bowl – at home, at parties, at bars, and online – to enjoy the Holy Grail of sporting events and the Super Bowl Ads that have become part of the entertainment. Please don’t get me wrong: I fully support anyone’s right to their political leanings and their right to express those leanings. It just seemed that during this incredibly contentious time of pre-election, there was an opportunity for people to just be football fans. To cheer for the same team, different teams, their favorite Super Bowl Ads…while eating and drinking and having a good time. When anything political ran, it immediately brought a sense of discomfort to the conversation, both virtual and real, threatening that feeling of togetherness.

There were so many other ads worth noting, trends worth discussing, and reactions worth sharing…but it’s time to leave this year’s Super Bowl Ads in the past and start wondering what next year will bring. I hope it’s more Bill Murray…