Super Bowl Ads: What Does It Take to Win?

By Denise Blasevick February 8, 2021 No Comments

Some Super Bowl Ads are “clear winners,” while others leave us scratching our heads. Why is that?

Few of us were truly surprised to see Tom Brady claim his 7th Super Bowl victory last night – but many of us found ourselves wondering why brands would pony up the big bucks to put out some of the Super Bowl Ads that aired during the big game.

Why, we wonder, as we reach for another handful of nachos… what made these brands think that their commercial was, um, good? There are many, many possible answers to that question: sometimes it has to do with a brand wanting to take a risk that just doesn’t hit the mark – or with a brand who is afraid to take a risk and therefore blends in. (The latter is far worse, in my opinion. I mean, if you’re spending the $ on Super Bowl Ads, at least get some chatter out of it.) And sometimes it comes down to the fact that, despite an apparently unlimited budget for talent and execution, the ad is simply built on a feeble concept.

On top of all of that, what’s popular last year may not resonate with consumers this year. While this has always been true, the pandemic has made this painfully clearer than ever before. So here are the reasons I believe the winning Super Bowl Ads resonated with us this year, during our first (and hopefully last) pandemic Big Game.

1. Celebrity Starpower – Got a great concept that’s tailor-made for a beloved celebrity? AND you got that celebrity to do it? AND it ties into our current pandemic Zeitgeist without being too heavy? You may have a winning Super Bowl Ad on your hands! Here’s my proof: 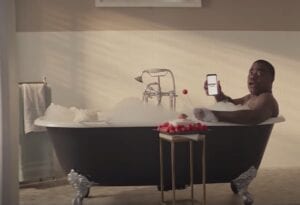 Word to the wise: celebrity usage does not automatically equal success with Super Bowl Ads! Case in point: Paramount Plus. The streaming service leveraged celebrities, both human (such as Patrick Stewart) and other (including Dora the Explora) with a series of different commercials. I personally could not get through these ads fast enough. The concept was meh, the last thing I want to see is a bunch of characters (um, Snooki?) trekking through snowy mountains, with no big payoff. The exception that proves the rule: the one spot with Beavis and Butthead waxing adolescent about the word “crack” broke up an otherwise unendurable execution.

2. Positivity without Preachiness – While this can be a very difficult balance to achieve, Toyota’s “Upstream” did it swimmingly…which is why their commercial stood out from the sea of Super Bowl Ads that tried to do this and failed. Toyota told a story of true inspiration that made us all think a little less about the pandemic and a little more about how others overcome struggle. In this case, we hear about Paralympic swimmer Jessica Long’s journey…not so

much about the training that goes into winning 13 gold medals, but more about the human connection that made this happen. We hear a phone call from an adoption agency, telling a woman about a baby girl who is available but will need to have her legs amputated due to a rare disease. The agent tells the woman that her life won’t be easy…and the woman who will become Jessica’s adopted mother responds with “it will be amazing.” The graphics of water that tie the story together show us Jessica swimming, but they also show us the fluidity that connects us all. (And maybe they reflect the sea of tears that this commercial evoked in every mother out there.) Ending with the line, “We believe there is hope and strength in all of us” adds gravitas to the brand’s partnership with Team USA – while reminding us that we are, indeed, one team.

Want an example of an attempt to unite that was absolutely too heavy-handed? Jeep’s “The Middle.” Starring Bruce Springsteen, this is a two-minute-long harangue about how our divided country needs to get back to the middle. It’s an interesting idea to tell the country about a church that’s in the exact middle of the “lower 48” states, and lots of people love “The Boss” – a symbol of American songwriting success to be sure. But the message? Well, this definitely feels preachy, and at two minutes it’s a whole lot of preachiness. Ultimately, for those who don’t tune out during the longest of this year’s Super Bowl Ads, I don’t think the message is ever clear: what exactly is the greatness of being in the middle – and how does telling people on either side that they should come meet in the middle really compel them? The answer: in this spot, unfortunately, it doesn’t.

3. Quirky Authenticity – By definition, quirky isn’t for everybody. And neither is oat milk. Enter the brand, Oatly, whose oat milk is beloved by the growing number of people embracing a more plant-based lifestyle. This was 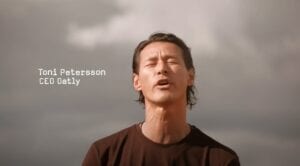 the first time that Oatly entered the world of Super Bowl Ads, and their low-production-value execution of CEO Toni Petersson singing and playing a song he wrote about oat milk in the middle of a field is quirkiness defined. There aren’t too many lyrics, but they get the point across: “It’s like milk, but made for humans. Wow, wow, no cow. No, no, no.” Could this have gone terribly wrong? Yep. Did it? That depends on your point of view. If this is a product that could never appeal to you for whatever reason, you may not like the commercial either. Which is probably just fine with the brand. But if oat milk is or could be on your radar, chances are you were receptive to the spot’s sincerity – and its catchy little ditty. (This happened to be my favorite part of this year’s Super Bowl.)

Of course, this isn’t a comprehensive list of all the winners and the losers, or all the potential paths to Super Bowl Ad victory. Jason Alexander Hoodie? Tide had me laughing there. Living 5 to 9 with Dolly Parton reprising a lyrical reversal of her famous song to play up our side hustles? Sorry, Squarespace, that made me wince. Both DoorDash’s Sesame Street and Uber Eats’ Wayne’s World commercials made me happy and sad at the same time: I love the messaging about supporting local restaurants…BUT that made me think beyond the commercials to the fact that those same local restaurants are brutalized by the high fees they have to pay these delivery services, which is how DoorDash and Uber Eats can afford to buy ad space during the Big Game. Hm…

~ Denise Blasevick, CEO of The S3 Agency (@AdvertGirl on Twitter)