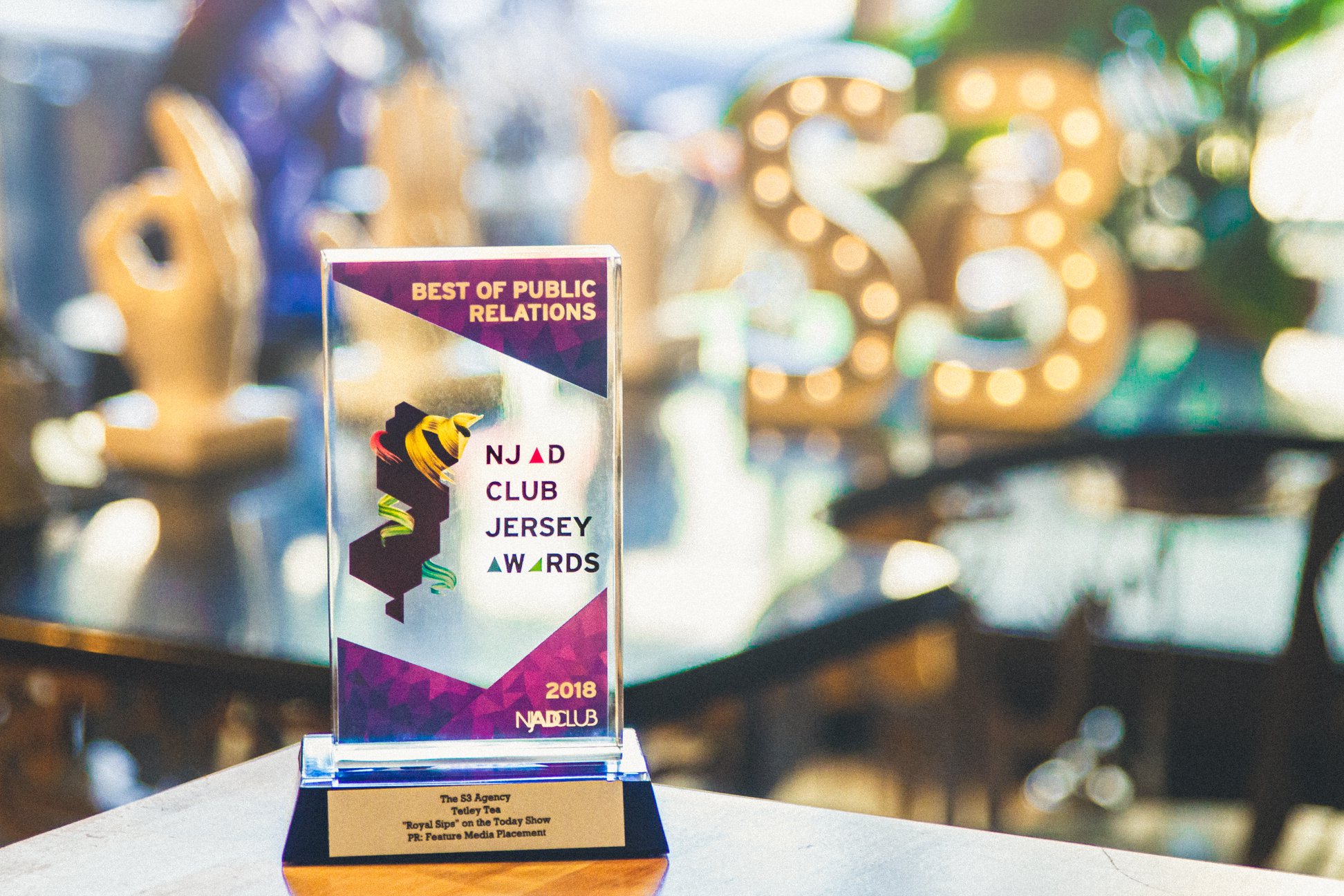 The S3 Agency Wins “Best of Public Relations” in NJ

The S3 Agency embraces a thought-leadership approach to brand building. In keeping with their signature approach, S3 leveraged Tetley’s Master Tea Taster to garner an appearance on The Today Show. In the segment, the Master Tea Taster educated America on how to enjoy proper British tea.

By connecting the brand’s Britishness to the Royal Wedding of Megan Markle and Prince Harry – in front of millions of fans – S3 amplified awareness of this legacy tea brand. In addition to recieving “Best of Public Relations”, S3’s social media campaign surrounding the Royal Wedding also won an award.

Beyond Best of Public Relations for Tetley Tea

“The Jersey Awards represent the best and brightest in the state,” said Denise Blasevick, CEO of The S3 Agency. “It is so meaningful to have our team’s work recognized in such a high profile way. Congratulations to all of the award winners!”

The NJ Ad Club does a great job at shining the light on over 600 entries at this years show. The Jersey Awards is the most highly regarded, and sought after, advertising competition in the state of NJ. The judges included industry professionals from New York.