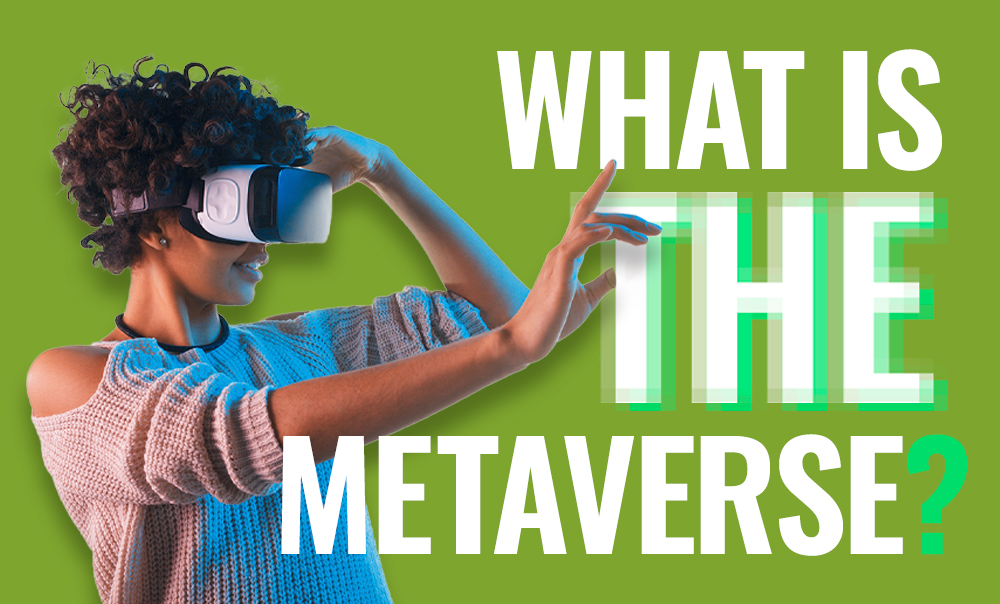 So Many Questions About the Metaverse…

There’s been a lot of talk about the “metaverse” lately. Ever since Facebook changed its name to Meta in October of 2021, it’s been one of the hottest topics in tech. But what is the metaverse? How does it work? And will there be advertising in it? (spoiler: there already is). So many questions…

For those who don’t know their Ethereum from their Ethernet, here is a brief overview of the metaverse – and what you need to know to not sound like a noob.

But first, how did we get here?

The Internet as we know it is only about a quarter century old. But it’s already seen more than its share of high-profile flops. In the past few years, we’ve seen hyped-up turkeys all breathlessly touted as the next big thing, the killer app that will change the world. (Anyone wearing their Google Glass? Streaming on Quibi? Making Vine videos?) But before all of those technologies and platforms came and went, there was Virtual Reality. (VR for short.) 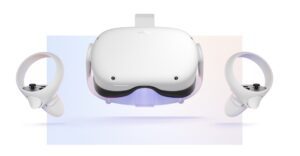 Virtual Reality is a big part of what makes the metaverse so, well, meta. It’s an immersive, 3D digital world that is best explored with a pair of VR goggles, such as Oculus Quest 2.

What can you do in the metaverse? Ostensibly, anything you can do in real life. Play games. Hang out. Even conduct business (via crypto, of course). The metaverse—which right now is basically a loose network of VR spaces and gaming, all powered by cryptocurrency—is at the center of what’s being called Web3.

Roughly speaking, the 90s dot com era is considered Web 1. Web 2.0 is basically social and mobile. This means the metaverse is definitely anointed as the next big thing.

Here’s how XR Today defines it:

“The metaverse can be defined as a simulated digital environment that uses augmented reality (AR), virtual reality (VR), and blockchain, along with concepts from social media, to create spaces for rich user interaction mimicking the real world.”

Though the blockchain (the technology that powers cryptocurrencies) is relatively new, augmented and virtual reality has been around for decades. In fact, virtual reality has been a thing for so long, you can actually view footage of grunge pioneer Kurt Cobain talking about it. In 1995, Nintendo launched “Virtual Boy,” their first major VR gaming platform. But the technology wasn’t ready for the masses to strap on goggles and exist in a virtual world. (Also, the janky graphics gave people terrible headaches.)

But after decades, VR has evolved, and it looks like it may finally be ready for its big moment.

Getting Started with the Metaverse

So, you’re on board with Web3. You’re ready to strap on a pair of Oculus goggles, load up your crypto wallet, and check out the metaverse. But where do you start? It can be more than a little confusing.

According to TechCrunch, right now there are more than 500 mobile apps now using the term “metaverse.” And Facebook—we mean, Meta—hasn’t even launched their multi-billion dollar version yet.

Just how many metaverses are there? Let’s take a look at three of the most popular, as of 2022:

What This All Means

The question remains: will the metaverse be the next Instagram, or the next Google Glass? The answer is an unsatisfying “Probably a little of both.” Some of those old enough to remember dial-up Internet may be unlikely to strap on a VR headset and start trading NFTs in the metaverse. But millions of young people will—all over the world.

The metaverse is going to be hugely popular—and in all likelihood will look and feel completely different than what it looks like today. We’re still in the earliest stages of the metaverse. Think of this era as the world wide web of 1996.

Will Decentraland or Sandbox or Somnium Space dominate Web3? The chances are good that at least one of them will be a tech giant in five or ten years. As for Meta? We’re not as bullish on them. We just can’t envision the “boomer social network made for old people” attracting young people. And though they do own Oculus, one of the big VR brands, it seems like it’s only a matter of time before a newer, cooler VR platform emerges.

What we are bullish on: the marketing potential for brands in the metaverse. It’s hard to see the downside of creating an immersive, branded techxperience that lets consumers interact with your brand in new and meaningful ways. It’s a marketer’s dream….and the possibilities are endless. How they will manifest is anyone’s guess – but what’s certain is that it will be interesting to see how the platform evolves.